Have you been inspired by the movies and want to get better at poker? As compared to the last 20 years the game has become much more accessible to people through playing poker online. Shifting of poker to online services has convinced a lot of people to try learning the game and maybe get better at it. Or you might just want to get better at the game to be able to have fun with your friends. Whatever the motive, the game is not that difficult in the basics and there are some things which if you keep in mind can really elevate your game. The first thing to keep in mind is not be afraid of not knowing how to play the game. everyone starts from somewhere and if you someone plays better than you, you should try to learn from the player instead of being intimidated or refusing to play. Some of these tips might seem obvious at first but when you realize the amount of times you didn’t follow the basic tips; you will start hitting yourself on the head. Let’s take a look.

POKER IS NOT ABOUT LYING

A lot of people new to the game think that the way to be better at the game is to be a better liar. It is not exactly true. You have to keep in mind when to play your hand and when to fold. It is always better to bluff when you have a potential of having something in the hand. There is a trick called semi-bluff. This means that you bluff only when there is a possibility of having something later on, so that if your bluff gets called out there is some possibility of you winning. Bluffing without having anything a lot of times is how you lose all your money. One more advantage is that if you bluff less regularly people are less likely to call your bluff as they will think that you play in a more measured manner.

KNOW WHEN TO FOLD

The first thing you need to do is to keep your ego aside. What happens especially in live games and less on poker online is that when one of the players is trying to get under your skin, they will try to get you to bet more when they have a good hand. This is one of the fastest ways to lose money in a game. remember that you don’t have to play every hand that comes at you. Learn to think and know when to drop and when to bet.

DON’T BE A SORE LOSER

If you lose, you lose. That’s the game and you should have known that when you started playing. At the end it’s just a game and people are there to have fun, if you are a sore winner or a loser people might not want to play with you anymore. It doesn’t matter if you are good or not.

Some Famous Characters Of Escape From Tarkov! 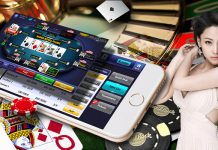 What Things to Consider When Choosing an Online Outlet?

Fundamentals of A Corrugated Box – Different Phases in Its Life...

An introduction to Canadian Divorce